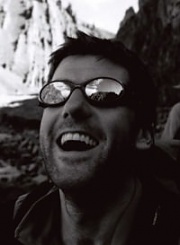 Simon Fitzmaurice is an award-winning writer and film director. His films have screened at film festivals all over the world and won prizes at home and abroad. His feature film My Name is Emily won Best Cinematography at the Galway Film Fleadh, the Youth Film Award at Internationales Filmfestival SCHLINGEL, the Newport Beach Achievement Award for Acting, the Victoria Texas Festival Jury Prize for Best Actress and was also nominated for 8 IFTAs. The London Screenwriter’s festival presented Simon with a lifetime achievement award for the film. The prestigious inaugural award comes with the title ‘The F*cking Awesome Award’ 2016. Simon’s short film The Sound of People was selected to screen at the prestigious Sundance Film Festival in 2008.

Simon’s short fiction has been shortlisted for the Hennessy Literary Award
and his poetry has appeared in the quarterly publication West 47. Simon
recently wrote a memoir called It’s Not Yet Dark, which was a number one
bestseller in Ireland and will be published in the US by Houghton Mifflin Harcourt in August 2017.

He lives in Greystones with his wife Ruth, their five children, Jack,
Raife, Arden, Sadie and Hunter.

Shortly after his second short film The Sound of People premiered at
the Sundance Film Festival in 2008, director Simon Fitzmaurice was diagnosed with Motor Neuron Disease (ALS), the debilitating disease for which the viral ice-bucket challenge raised awareness for in September 2014. Now completely paralysed, Fitzmaurice typed the script for the feature film, My Name is Emily, through the movement of his eyes and iris recognition software, Eye Gaze. This is also how he communicated to direct the film across its six week shoot in August and September 2014.

Simon’s memoir has recently been adapted into a feature length documentary ‘It’s Not Yet Dark’ which premiered at the Sundance Film Festival 2017 and is narrated by Colin Farrell. The US edition of It’s Not Yet Dark was published by Houghton Mifflin Harcourt in August 2017, and the book has also been translated into several languages, including German, Greek and Korean.

Listen here to Ray D’Arcy’s rave review of Simon Fitzmaurice’s novel ‘It is Not Yet Dark’ . Click here to purchase. ‘Crystal clear, radiating all the things that we aspire toward.
A beautiful love story’ Colin Farrell