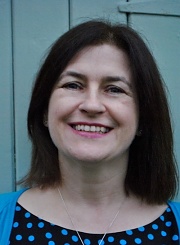 Described in The Irish Times as ‘one of our foremost writers for young people’, Sheena Wilkinson has won many awards for her novels and short stories, including the overall CBI Book of the Year in 2013 for Grounded. In 2012 Sheena was granted a Major Award from the Arts Council of Northern Ireland, its highest award, given to artists of national and international importance. She has been nominated three years running for the Astrid Lindgren Memorial Award, the world’s largest children’s literature award, and her most recent novel Hope against Hope is shortlisted for the An Post Irish Book Awards, as was its predecessor Star by Star, publisher Little Island’s best-selling book ever. A highly experienced creative writing tutor, Sheena tutors regularly for Arvon and teaches creative writing on the M Phil in Children’s Literature at Trinity College Dublin. She runs workshops in schools, libraries, prisons, festivals and community settings.