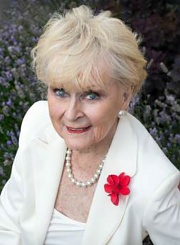 Her father taught her to drive at the age of 11 in a field in Tallaght. Leaving school at 15, Rosemary trained as a dress designer and model and opened a boutique dressmaking company. She was asked to navigate for a friend in a rally but soon took over the driving due to her inability to read a map.

HarperCollins Publishers has acquired world all language rights for the autobiography of Rosemary Smith, the female motorsport pioneer who broke through the gender barrier to compete in and win some of the most iconic rallies in the world.