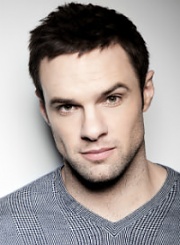 Niall Breslin is an Irish musician, former Westmeath Gaelic footballer, former Leinster Rugby, under 21 Ireland rugby player and mental health advocate. He found success as the lead singer, guitarist and songwriter with pop band The Blizzards, as a co writer and producer with XIX Entertainment and as a solo artist. He is a coach on the Voice of Ireland and was the winning coach on the first and third series.

In recent years, he has spoken very openly about his own struggles with anxiety, most notably in his Lovin’ Dublin tal, a video which went viral. See below to watch. He has become very involved with opening up and normalizing the national discussion about mental health and his blog, 1000hours.com is a very popular and useful mental health forum. He is writing a book on his own journey to mental health which will be published autumn 2015. (Hachette Books)