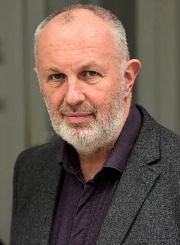 Michael Clifford is Special Correspondent for the Irish Examiner. He has worked as a journalist, primarily in print, since 1994. In 2016 he was the newspaper industry’s Journalist The Year. He also has extensive experience in broadcasting, both radio and television. Currently he presents a weekly podcast with the Irish Examiner.

He is author of six books, four non fiction and two crime novels, including the best selling A Force For Justice – The Maurice McCabe Story. Originally from Co Kerry, he lives in Dublin with his family.