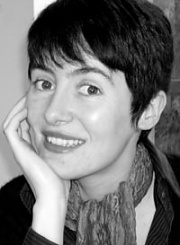 Mary O’Donoghue was born in 1975 and grew up in Co. Clare. She is the author of the novel Before the House Burns (Lilliput, 2010) and the poetry collections Among These Winters (Dedalus, 2007) and Tulle (Salmon, 2001). Her short stories have appeared widely in Ireland and the US, in such journals as AGNI, The Dublin Review, Literary Imagination, Salamander and the Irish Times. Her awards include Hennessy/Sunday Tribune New Irish Writer, various writer’s residencies in the US, and two artist’s fellowships (2006 and 2012) from Massachusetts Cultural Council. In September 2013 her short story “The Sweet Forbearance in the Streets” was chosen to conclude the Irish Times series Legends of the Fall: short stories dealing with Ireland’s economic crisis. She teaches in the Arts and Humanities division at Babson College, Massachusetts. She lives in Boston and in Tuscaloosa, Alabama.