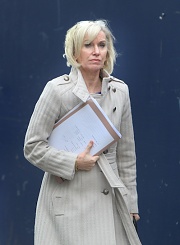 Marie Cassidy became a forensic pathologist in 1985 following her training as a histopathologist. She worked as a Consultant Forensic Pathologist in the Department of Forensic Medicine and Toxicology in Glasgow for the next thirteen years investigating unnatural deaths and homicides, from gangland shootings and stabbings, to drugs deaths, road traffic accidents and suicides. In 1998 she returned to her family’s homeland of Ireland as deputy state pathologist, working alongside Professor Jack Harbison. When he retired, she was appointed State Pathologist and, like her predecessor, her name became synonymous with murder and tragedy. In over thirty years of practice she has performed thousands of postmortems and dealt with hundreds of murders. She has witnessed the burgeoning role of forensic science and the impact that has had on death investigation and the expectations of the general public, while embracing new technology and welcoming the input of experts in the other sciences. She retired at the end of 2018 to spend more time on the other passion in her life, her family.

Her memoir, Beyond The Tape (Hachette Ireland), a number one bestseller, was published in October 2020 and has been nominated for an Irish Book Award.