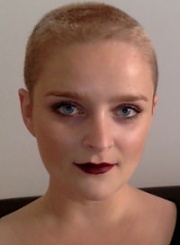 Louise McSharry is a broadcaster and journalist from Dublin, who has spent the last twelve years working in media.

She began her professional career in radio at Newstalk in 2002, where she worked as a researcher with David McWilliams, Orla Barry and George Hook, before a brief sojourn in television to work on McWilliam’s programme The Big Bite.

Louise then returned to radio to assist in the creation of iRadio – before presenting the station’s breakfast show from 2008 to 2011. In 2011, she moved to 2fm where she has presented The Early Breakfast Show, The Ryan Tubridy Show, and Weekend Breakfast.

Louise worked as a staff writer for DailyEdge.ie, as well as contributing to Insider Magazine, Image.ie and TheJournal.ie.

She recently returned to work after a break to deal with cancer, and presents The Louise McSharry show, Sunday to Thursday nights from 8-10pm on 2fm.