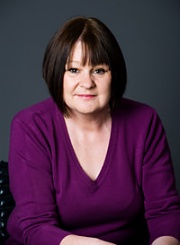 Limerick writer, Helena Close, has published four novels under the pseudonym Sarah O’Brien with co-writer, Trisha Rainsford. She has also written threenovels under her own name.

Helena is currently co-writing a comedy drama TV series with Trisha
Rainsford, and her next novel, The Clever One, will be published in March
2010 by Hachette.