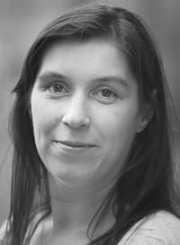 Emily Mason is the pseudonym of Rachel Pierce (see below). She studied English at NUI Galway. She has been a bookworm since she was very little and first read The Enchanted Wood by Enid Blyton. Then she discovered Harriet the Spy and made her parents’ life miserable by spying on them and making notes in her top-secret notebook. Now, she works as an editor and lives near Oldbridge House, County Louth, on which she based the Grainger Museum in this book. Apparently there are plenty of ghosts at Oldbridge, but she hasn’t been lucky enough to bump into any of them – yet. Her debut book was published by Puffin Books in May 2012, a children’s novel called The Lost Bride, the first instalment in the Ghost Detectives series.

Rachel Pierce is a freelance editor who runs Verba Editing House, based in Drogheda. Her client list includes publishing houses such as Penguin Ireland, Hachette and Gill & MacMillan and her author list includes bestselling writers such as Paul Howard and Sinead Moriarty. As an editor, she covers a wide range of genres, working on everything from archaeology and art to politics and popular fiction.