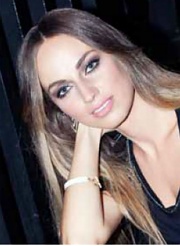 Daniella began her career as a model, working for over a decade in both commercial and catwalk modelling. During that time, she broadened her media horizons with a move into television presenting. Her first show was called Bulletin TV, which she hosted alongside Aidan Power and the show aired for two seasons on RTE2. On it she travelled the world interviewing the most extreme Red Bull athletes. Following on from this, she presented RTE2’s The Movie Show with Eoghan McDermott and Angela Scanlon, while also taking on a recurring role on The Republic of Telly.

Then came a move into radio broadcasting where she worked her way up from iRadio’s weeknights slot ‘The Cracked’ to Spin 103.8’s evening drivetime show ‘The Zoo Crew’, and finally positioned herself as the anchor of Spin 103.8’s weekday breakfast show ‘Fully Charged’. She held the role for two years while the listenership grew steadily before resigning to travel the world. For two years she backpacked and lived all around the globe, and during this time she began writing her first book. Her non-fiction memoir Jump: One Girl’s Search for Meaning (Gill Books) was published in spring 2020 and became an instant bestseller. Her second book Jump Start, is due for release in May 2021. In this new book, Daniella combines her own experience and training in psychology to help people take their own journey of self-compassion, discovery and growth so they can find their true purpose and a life of fulfilment and contentment.