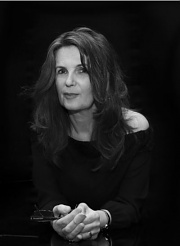 Her short story, Back to Bones, was longlisted for the Sunday Times/EFG Award in February 2017, and won the Writing.ie Short Story Award at the 2017 Irish Book Awards.
Her brand new novel, The Narrow Land, was published in March 2019 and has recently been awarded the prestigious Walter Scott Prize , as well as novel of the year at the Dalkey Literary Awards .

She is a member of Aosdana.

Christine’s novel, Tatty, is 2020 Dublin One City One Book Choice

For more info on Christine, visit her website, available here.