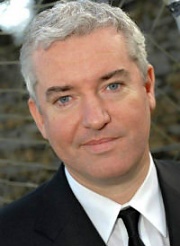 Con Murphy is a well known radio and television presenter.

He has worked for two decades as a presenter on RTE Television and radio primarily on sports programming, but Con also presented Crimecall on RTE TV for seven years.

He also regularly replaced the likes of Ryan Tubridy, Marian Finucane and Rachael English on their radio programmes.

He is the official voice of the RBS 6 Nations rugby, Clients include Guinness Pro12, The Irish Sun, SSE Airtricity League,