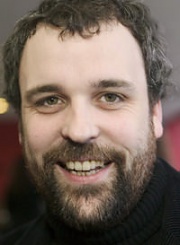 Jason most recently directed at the Shaw Festival Theatre in Toronto directing a critically acclaimed production of Tom Murphy’s adaptation of Anton Chekhov’s The Cherry Orchard.

Additional theatre credits include A Piece of Monologue, Not I, What Where by Samuel Beckett (Bedrock); Wall of Cloud by Raymond Deane (Opera Theatre Company); A Whistle in the Dark by Tom Murphy (Company Theatre, Toronto); Romeo and Juliet, Julius Caesar, Turgenev’s A Month in the Country in a version by Brian Friel, Judas of the Gallarus by Donal O’ Kelly, Living Quarters by Brian Friel, Treehouses by Elizabeth Kuti and Observatory by Daragh Carville (Abbey Theatre). Jason was staff director at the Abbey Theatre from 1988 to 2000.