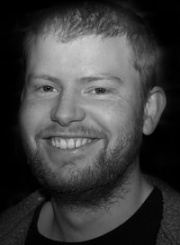 Fangoria described his latest feature From the Dark as “a taut, coiled piece of dread-infused cinema that… delivers everything one could hope for from a fresh entry in that subgenre.”

In 2004 he made his debut feature film Dead Meat which was funded by the Irish Film Board.

Conor went on to direct Zombie Bashers, an entry in the RTE Storyland online series scheme. The show proved extremely successful with horror and comedy fans alike and was voted the eventual winner of the competition. Conor directed all 6 episodes of the show.

Along with developing feature film ideas Conor has worked on numerous seasons of the popular RTE sketch show The Republic of Telly, writing and directing sketches with acts like The Rubber Bandits, Damo & Ivor and Georgia Salpa.