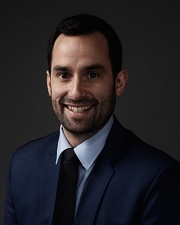 Stephen has performed at many prestigious venues and festivals including Vicar Street, All Together Now, Edinburgh Fringe Festival, Kilkenny Cat Laughs and the Vodafone Comedy Festival.

Stephen is also host of the popular podcast Hello Stevo where he interviews a host of interesting people from all walks of life.

Stephen’s charisma and wit makes him an engaging presenter and entertainer for corporate events.

“Gives comedy a kick in the pants” GEARÓID FARRELLY