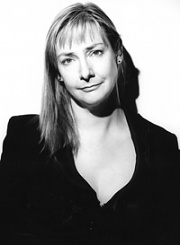 A hugely experienced public speaker, Pauline is often mistaken for a stand up comedian – something she has never done.

She has, however, been the popular MC of the Irish Times Theatre Awards for 4 consecutive years (for example) and has hosted a huge range of events, corporate and charity alike over the years.

Aside from a very long list of stage/tv/film appearances, Pauline has written 8 novels for adults and more recently, she has published 2 novels for younger readers.

Pauline is warm, witty and very experienced, making her an engaging and entertaining speaker and presenter.