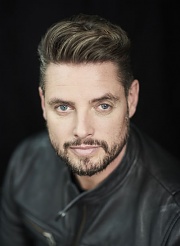 Singer, actor and presenter Keith Duffy has been a prominent figure in Irish culture for decades now. Aside from his work with pop sensation Boyzone, Keith has presented a number of television shows, including The VH1 Fashion Awards in New York, TV3’s The Box and RTE’s You’re A Star . He also took part in and finished in the final three of Comic Relief’s Celebrity Big Brother on Channel 4.

For the last number of years, Keith has been touring the world with Boyzlife, his supergroup music project with Brian McFadden. Boyzlife has already performed for over 20,000 adoring fans since the pair came together in 2016. Performing a whole host of their biggest chart hits, Boyzlife brings together the worlds of Boyzone and Westlife in a show not to be missed.

As an actor Keith is still perhaps best known for his role as Ciaran McCarthy in Coronation Street, but since he left the show in 2004 he has appeared as series regular Paul in three seasons of RTE’s prime-time drama, The Clinic, in the BBC comedy Be More Ethnic and as recurring character Ringo in RTE’s Fair City. And in 2012 he also appeared as guest lead in Death in Paradise on BBC One.

An active fundraiser for autism awareness in Ireland, Keith has worked to raise awareness for children with autism since his daughter Mia was first diagnosed with the disorder at the age of 18 months. As well as being an active patron of Irish Autism Action for more than a decade, Keith also runs the Keith Duffy Foundation, which is working to raise funds for a number of children’s charities throughout the country.

Over the years he has worked with a wide range of companies for their corporate events, from banking to entertainment to student achievement events, bringing his charisma, charm and enthusiasm to every event he is involved in both large and small.

“He was try fantastic. Keith is one of the best hosts we have ever had and he is a real delight to work with.” National Care Awards, 2016