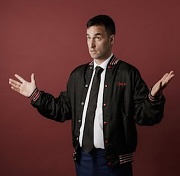 The summer of 2018 saw him perform in Vicar Street, at the Vodafone Comedy Festival in the Iveagh Gardens and All Together Now.

Following on from the success of his debut hour-long show ‘Son of a Preacher Man’ at the Dublin Fringe Festival 2018, he performed it again at the First Fortnight Festival 2019 to great acclaim.