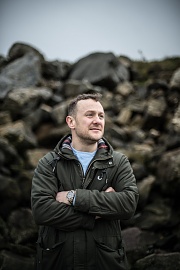 
PJ Gallagher is one of Ireland’s best-loved comedians. He currently co-hosts Morning Glory with PJ & Jim with Jim McCabe on Radio NOVA and can be seen in the massively successful television series The Young Offenders on RTÉ and BBC as Principal Walsh.

He is a graduate of the Gaiety School of Acting and performed in the 2016 Dublin Theatre Festival in Alien Documentary, directed by Una McKevitt. They worked together again on Madhouse which premiered at the Dublin Fringe Festival in 2018. and appears in the critically acclaimed feature film The Young Offenders, which won Best Irish Film at the Galway Film Fleadh.