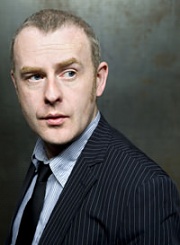 
Colin has played sell out shows throughout Ireland and at the biggest and best comedy festivals around the world including Edinburgh, Melbourne, Montreal, and of course Kilkenny Cat Laughs.

“He is distinguishably good.. His delivery is immaculate, ultra-fast but never unintelligible.” THE GUARDIAN

“Deep indeed is the joy to find a man content to go on stage armed with nothing more than a microphone and a wickedly sharp sense of humour. Perrier judges visited lately and left impressed. You will be too.” DAILY EXPRESS

“Colin Murphy has a laugh-per-minute rating to which many higher-profile comics can only aspire. He is endlessly, genuinely, extremely funny.” THE SCOTSMAN