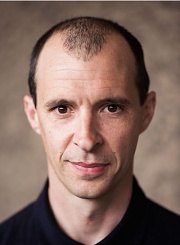 Tom will next be seen on screen in Rialto, due for release in Irish Cinemas May 8th. He can now be seen opposite Sarah Greene, Killian Scott & Moe Dunford in BBC’s brand new series, The Dublin Murders .

Tom graduated with a degree in Drama Studies at the Samuel Beckett Centre, Trinity College Dublin and continued his training at RADA.

He will soon appear in three new feature films: The Infiltrator opposite Bryan Cranston, Jim Sheridan’s forthcoming feature The Secret Scripture and in the role of ‘Joe’ in Daphne a new drama directed by Peter Mackie Burns.

Tom recently played ‘Padraic Pearse’ in Trial of the Century directed by Maurice Sweeney and appeared as the role of PJ Mara opposite Aidan Gillen as CJ Haughey in the RTE drama Citizen Charlie based on the life of Charlie Haughey produced by Touchpaper TV/Element Films.

He won wide acclaim playing the central character ‘Nidge’ in all four seasons of Love Hate (produced by Octagon Film, written by Stuart Carolan and directed by David Caffrey) winning him both a Best Supporting Actor IFTA in 2010 and a Best Actor IFTA in 2013.

In theatre, Tom appeared in a remount of an epic one man performance of ‘Howie The Rookie’ directed and written by Mark O’Rowe which had performed at the Projects Art Centre and Edinburgh Fringe Festival. The show also played in Dublin, London and New York. He also appeared in a sold out run of ‘Our Few and Evil Days’, in the Abbey Theatre opposite Ciaran Hinds and Sinead Cusack.

Tom is represented in the US by Gersh Agency, contact Jason Gutman