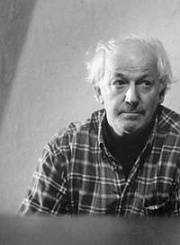 Tom Hickey is one of the leading Irish actors of his generation.

He trained with Deirdre O’Connell at the Stanislavski Studio, Dublin, Ireland. With Deirdre he was a founder member of Dublin Focus Theatre, playing leading roles in Miss Julie, Antigone, Uncle Vanya and The Night of the Iguana. In 1970 he directed and played in The Goodbye Machine by Lee Gallagher, which was the first ever theatre show in the now flourishing Project Arts Centre in Dublin.

He has worked extensively at Ireland’s national theatre, The Abbey Theatre, from the seventies onwards, notably in Brecht’s Galileo (title role), Of Mice and Men (George), Saint Joan (The Inquisitor), Ionesco’s What A Blood Circus (The Character). He created leading roles at the Abbey in the world premieres of significant new Irish drama, including Tom Murphy’s The Gigli Concert (J.P.W.), Brian Friel’s Give Me Your Answer Do (Tom), Frank McGuinness’s Observe the Sons of Ulster Marching Towards the Somme (Roulston) and Michael Harding’s Misogynist (title role). For writer Marina Carr he appeared at the Abbey in Portia Coughlan (Sky), By the Bog of Cats (Xavier) and On Raftery’s Hill (Raftery) directed by Garry Hynes for her Druid Theatre Company, performing at Dublin’s Gate Theatre and on tour to the US.

He has had a close working relationship with writer and poet Tom MacIntyre for the last twenty years. In 2005 he had a leading role in MacIntyre’s award-winning What Happened Bridgie Cleary which premiered at the Abbey Theatre’s Peacock Theatre prior to a national tour. He appeared in MacIntyre’s one-man play The Gallant John-Joe at the Edinburgh Festival in 2002 and in New York in 2003. It received rave reviews, a number of award nominations and continues to tour Ireland from time to time.

At the Abbey Theatre, all through the eighties, he played in and collaborated with MacIntyre and director Patrick Mason on several Theatre-of-the-Image plays, including the sensational and highly acclaimed The Great Hunger, as well as The Bearded Lady, Dance For Your Daddy, Rise Up Lovely Sweeney and Snow White. These plays introduced a whole new populace to a radical and unique form of theatre. Subsequently Hickey directed MacIntyre’s Sheep’s Milk on the Boil (Abbey Theatre) and Chickadee (Red Kettle Theatre Company). His most recent production at the Abbey theatre was Tom Murphy’s The Last Days of a Reluctant Tyrant directed by Conall Morrisson.

A frequent player at the renowned Gate Theatre Dublin, Hickey has appeared in Heartbreak House, Waiting for Godot, Aristocrats, Three Sisters, A Midsummer Night’s Dream, Lady Windermere’s Fan and Endgame. He played in That Time and Piece of a Monologue in the Gate’s Samuel Beckett Festival at the Lincoln Centre New York.

His most important roles on the British stage include Jack in Conor McPherson’s The Weir in London’s West End and UK tour, Joxer in O’Casey’s Juno and the Paycock at the National Theatre, Ephriam Cabot in O’Neill’s Desire Under the Elms at the Greenwich Theatre and The Hour We Knew Nothing of Each Other by Peter Handke in the Spring of 2008 at the National Theatre. Tom most recently appeared in the West End production of Samuel Beckett’s Endgame directed by Simon McBurney for Theatre de Complicite and featuring Mark Rylance as Hamm at the Duchess Theatre, London. Tom will soon appear in a new play by Tom Kilroy, Christ Deliver Us!, directed by Wayne Jordan at the Abbey Theatre, Dublin.

In 2005 Tom was appointed a Director of the Board of the Abbey Theatre.