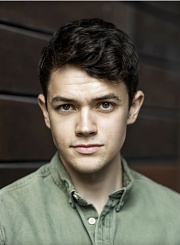 Stephen was last seen on stage in this years Gaiety panto, Aladdin . He will next appear in the remount of Copper Face Jacks – The Musical at The Olympia Theatre.

Stephen graduated from the Gaiety School of Acting in 2014. Stephens Tv and film credits include “Smalltown”, written and directed by Gerard Barrett, nominated for best drama ifta (TV3), Can’t Cope, Won’t Cope” written by Stefanie Priessner, directed by Cathy Brady (RTE), “We Ourselves” directed by Paul Mercier (On Pointe Productions) and A Glimpse” (IADT Film Institute).