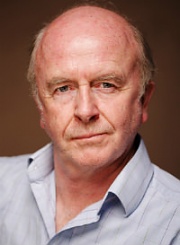 Mark was recently seen on stage in The Ferryman on Broadway, and earlier this year performed at the Hampstead Theatre in The Phlebotomist, directed by Sam Yates.

Television credits include: series regular Mr Hammond in Roy, produced by BBC TV and Jam Media Ireland on CBBC and BBC2, which was nominated for a children’s BAFTA in 2011. Mark also appeared in the comedy drama, An Crisis for TG4 and as a series regular Des Harte in Season 3 of Raw for Octagon/RTE. Other screen appearances include Malachy in Single Handed: Stolen Child directed by Anthony Byrne for Touchpaper Films/RTE/ITV, George Gently, directed by Euros Lyn for BBC TV, Bloody Sunday for Channel 4, No Tears for RTE, The Tudors, Cracker, Frost, Bottom, The Young Ones, Dalziel and Pascoe, Sharpe’s Regiment, Fair City, Casualty and Vanity Fair.

Films include The Tiger’s Tail, Veronica Guerin, Breakfast on Pluto, A Prayer for the Dying, Durango, Jude, Kidnapped and Borstal Boy. Mark played the role of Bertie Ahern in the 2016 feature film The Journey (dir: Nick Hamm) opposite Timothy Spall and Colm Meaney.

Mark has appeared in numerous productions for the Abbey and Peacock Theatres, including: Ariel, The Gigli Concert, Barbaric Comedies (for which he received an Irish Times/ESB nomination), The Patrick Pearse Motel, Observe the Sons of Ulster Marching Towards the Somme, Sir Peter Teazle in The School for Scandal (dir: Jimmy Fay), _She Stoops to Conquer, _The Dead, (dir: Joe Dowling) and the role of Sir Andrew Aguecheek in Abbey Theatre’s Twelfth Night.

Other theatre credits include Molly Sweeney, The Three Sisters, Art, A Month in the Country, Aristocrats and The Spirit of Annie Ross at the Gate Theatre, The Riot Act, Field Day, Our Country’s Good, The Recruiting Officer, Festen at the Royal Court Theatre, Red, Black and _Ignorant, Dancing at Lughnasa at the Phoenix Theatre and the Garrick Theatre, Don Carlos (dir: Lynne Parker) for Rough Magic Theatre Company at Dublin’s Project Arts Centre, Conor McPherson’s The Weir (dir: Garry Hynes) at The Gate, Sean McLoughlin’s Big Ol’ Piece of Cake (dir: Jim Culleton) for Fishamble Theatre Company, Brighton (dir: Ben Barnes) at the Theatre Royal, Waterford, Plaza Suite (dir: Aoife Spillane Hinks) for Rough Magic Theatre Company, Those Sick and Indigent (dir: David Horan), Heartbreak House, Romeo and Juliet and The Importance of Being Earnest (both at the Gate), Juno and the Paycock at Albery Theatre for which he was nominated for an Olivier Award for his Joxer, Long Day’s Journey into Night, Comedians at the Young Vic Theatre, and The Memory of Water at the London’s Vaudeville Theatre, which won the Olivier Award for Best Production.

Directing includes Royal Lyceum Theatre, Edinburgh, Tricycle Theatre, London, The Grapes of Wrath for Storytellers, The Hunt for Red Willie at the Peacock Theatre, and Lovers at Versailles for the Abbey Theatre.