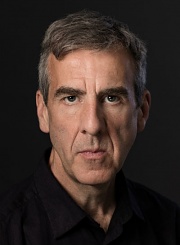 Mark can now be seen on screen in RTE’s Finding Joy, written by Amy Huberman.

Mark Doherty is a writer and performer, with a wealth of experience from stand-up to radio, theatre, tv and film.