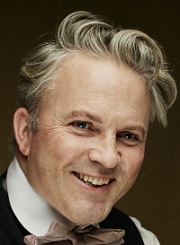 Louis has just returned from an extensive tour of North America with Theatre Lovett’s They Called her Vivaldi. He recently appeared in their production of FRNKNSTN that premiered on The Peacock stage and will tour in 2020.

Louis is Joint Artistic Director of Theatre Lovett and has been in all of the companies shows to date.