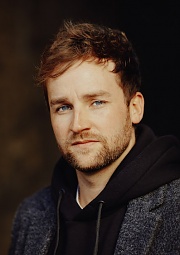 Killian is currently shooting the role of Dessy O’Malley in CALL THE MIDWIFE (BBC 1). Killian can now be seen on screen in BBC3/Hulu’s celebrated new series Normal People. He is also currently appearing in Fair City, on RTÉ.

Killian is a Dublin based Actor & Producer and graduate of the full-time Professional Actor Training course at the Gaiety School of Acting 2015. He is an Executive Producer for Reality:Check Productions.