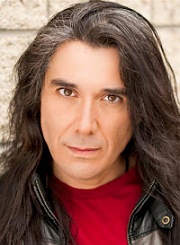 Julian can now be seen on screen in Hold the Dark on Netflix.

Julian Black Antelope is a Canadian actor of Irish and First nation’s descent who first entered the film and television arena in 2004 on DreamWorks/TNT’s epic six part mini-series Into The West alongside Canadian icon Graham Greene.

Since then, Julian has worked extensively in various theater productions, TV series and feature films not just as an Actor and Stunt Performer, but also behind the scenes as a stunt coordinator, in addition to a variety of other key production capacities in order to obtain a comprehensive working knowledge of all aspects of the film and television industry.

Julian also plays a leading role in the upcoming 2015 TV series Klondike shot on location in Ireland for TG4/RTE, to be released in the fall 2015.

Since 2008 Julian, has to his credit written, directed, produced and/or edited 14 independent short films and video documentaries, including his most recent role as co-producer on the full length sci-fi/art house-dramatic feature film Empyrean.
Julian Black Antelope continues to work Nationally & Internationally as an Actor, Stunt Performer and Stunt Coordinator as he continues to broaden his horizons by utilizing his talents and flexing his creative muscles developing and producing new projects for the big screen and broadcast.
Julian currently resides in Calgary Alberta Canada with his loving and supportive wife Tracy and their three beautiful children.