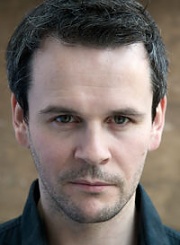 Born and educated in Dublin, Jonathan has played series regulars in a number of leading Irish TV dramas from an early age. First appearing as Brendan Ruane in two seasons of RTE’s On Home Ground he went on to appear as Will Cafferty in Season 3 of The Clinic for Parallel Films/RTE and appeared as Floyd Phelan in Fair City on RTE1. In feature film Jonathan is perhaps best known as David in the phenomenally successful independent feature film The Honeymooners but has also appeared in The Hotel Trade, 8.5 Hours and as Travis in Little Foxes directed by Mira Fornayova.
Jonathan appeared in Loose Canon’s production of Anatomy of a Seagull directed by Jason Byrne for the Dublin Theatre Festival Fringe which was nominated for a number of awards at the Best of the Fringe Awards 2009 and was nominated for Best Production for the Irish Times Theatre Awards 2009.