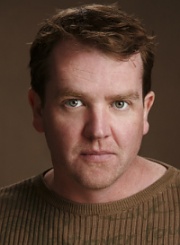 Garrett can now be seen on stage in Druid Theatre’s production of Druid Gregory.

Originally from Wexford and trained at the Samuel Beckett Centre, Trinity College Dublin, Garrett is a hugely accomplished Irish actor who has appeared in leading roles in all of Ireland’s major theatres and on tour internationally as well as playing leading roles in Irish film and television.

Garrett is also one if the most in demand voice over artists in Dublin having done T.V. and radio for 15 years. His resume includes work for such companies as McDonalds, Jameson, O2, Lucozade, Fuji and many more.