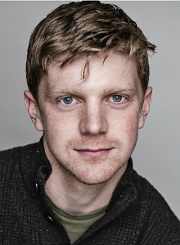 Frank can now be seen on screen in Normal People for BBC 3/HULU. He was last seen on stage in Druid’s production of Richard III , which appeared at the Lincoln Center in New York.

Originally from Co. Clare, Frank Blake is a graduate of The Lir, National Academy of Dramatic Art in association with RADA and Trinity College Dublin.