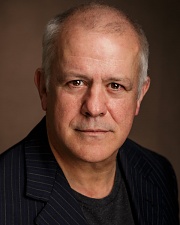 The following files are available for download by logged-in customers.

Darragh was last seen on stage in Gym Swim Party at the Dublin Fringe Festival.

Darragh appeared in the role of Jim in The Weir directed by Amanda Gaughan at the Lyceum, Edinburgh and appeared in The Train, a Rough Magic Musical Production by Arthur Riordan and Bill Whelan directed by Lynne Parker.

Darragh’s performances at the Abbey and Peacock Theatres include: All My Sons, Doldrum Bay, Philadelphia Here I Come!, Angels In America, Give Me Your Answer Do!, The Colleen Bawn and The Importance of Being Earnest. Other work includes Improbable Frequency, Words of Advice for Young People, Three Days of Rain, Digging for Fire, The Way of the World, Northern Star, The School For Scandal, Lady Windermere’s Fan and Hidden Charges (Rough Magic), Our Father (Almeida), Troilus and Cressida (Oxford Stage Company), Kiss of the Spiderwoman (Co Motion), Hamlet (Second Age), Brothers of the Brush (The Arts Theatre, London), The Merchant of Venice (Riverbank), The Taming of the Shrew (Rough Magic), Hysteria (Bespoke Theatre Co.) and several productions of Improbable Frequency (Dublin Theatre Festival, Edinburgh Festival, national tour). Other productions include Attempts on Her Life, Don Carlos and Is This About Sex? (Edinburgh Festival) all for Rough Magic Theatre Company. Darragh appeared in the touring version of The Taming of the Shrew directed by Lynne Parker for Rough Magic Theatre Company in venues across Ireland. Darragh also appeared in Brian Friel’s adaptation of Chekov’s Three Sisters directed by David Leveaux at the Abbey Theatre, Dublin and appeared in New York with Rough Magic’s Improbable Frequency in 59E59 and in its most recent remount at the Gaiety Theatre, Dublin. Darragh also appeared in Solemn Mass For A Full Moon In Summer directed by Tom Creed for Rough Magic Theatre Company at the Project Arts Centre, Dublin.