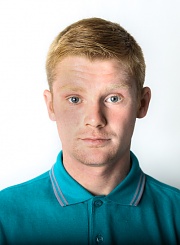 Corey will next be seen on screen in Marcella (ITV/Netflix), opposite Anna Friel.

Belfast native Corey McKinley is 18 years old but has already made a strong impression in a wide range of screen roles. He is still best known for his stand out work as a young Loyalist in the BAFTA nominated feature film ’71 with Jack O’Connell directed by Yann Demange in 2014. Other film work includes The Wall directed by David Kinsella as well as short films Family directed by Marty Stalker, I Am Here directed by David Holmes and Noob directed by Paul Kennedy for KGB Films. He appeared in The Frankenstein Chronicles (ITV) and was nominated as Critic Circle’s ‘Young British Performer of the Year’ in 2015. Corey is a fluent Irish speaker and highly-skilled amateur boxer.

Corey appeared in the role of Micka Dempsey in Cardboard Gangsters directed by Mark O’Connor which made it’s Irish debut at the Galway Film Fleadh in 2016 and went on to be the highest grossing domestic movie in Ireland for 2017. Since then he has gone on to appear in award-winning shorts like CAMLO and TIME TO STAND and he recently filmed a role in MARCELLA (ITV/Netflix) opposite Anna Friel which will air later this year, and will soon be seen in feature film THE LAST RIGHT, due for release in late 2019.