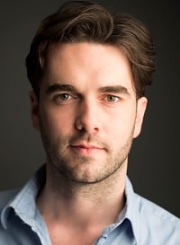 Conor made his professional debut in Sleeping a Lovesong by Michael Harding at the Project Theatre in 2002. He graduated from the Gaiety School of Acting in 2003; while there he played Eddie in Road by Jim Cartwright, Maxime in A Little Hotel on the Side by Georges Feydeau and Weed in Elysian Juniors by Ken Harmon. After college, Conor appeared in the Tom Murphy adaptation of The Cherry Orchard at the Abbey theatre, directed by Patrick Mason and as Valet in the Ouroboros production of Peter Schaffer’s Amadeus at the Samuel Beckett theatre directed by Michael Caven. He appeared in productions for both the Dublin Fringe and Wexford Opera Fringe festivals in 2004. Conor appeared in Lane Productions’ Alone It Stands, written and directed by John Breen at the Olympia Theatre (two productions), on national tour and in Kuala Lumpur, Malaysia. He took on the lead role in Upstate Theatre Company’s touring production of The Green Fool as the young poet Patrick Kavanagh, directed by Declan Gorman. Following this, Conor received critical acclaim when he played the lead role of Declan in OCI’s original production of Bondi Beach Boy Blue which toured nationally. Film and TV credits include Fair City (RTE), The Tudors (Showtime/Working Title/BBC), Northanger Abbey (ITV Films/Granada), How About You? (Ferndale Films), Taxi At Midnight and Trick Or Treat (First Quarter Films).