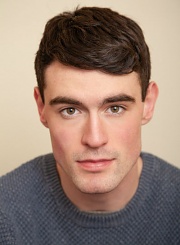 Cathal Greene is an Actor from Westmeath. He has graduated from the Two Year Full-Time Professional Actor Training Programme – Class of 2019.

Cathal is currently in rehearsals for his graduation play “Below Below”