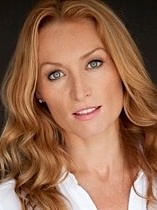 Victoria has recently completed filming for Series 7 of STRIKE BACK and she can most recently been seen starring in season two of MARCELLA as the recurring role of Maya Whitman with Anna Friel (Netflix/ITV). She appeared in 15 episodes of ONCE UPON A TIME (Disney/ABC) as Cruella Di Vil for which she won an IFTA in 2016.

Victoria appeared as the role of Lady Jane in NBC’s new TV series DRACULA opposite Jonathan Rhys Meyers for which she was nominated for an IFTAfor Best Actress in a Supporting Role in Television.

Victoria Smurfit lives in Dublin and LA and has enjoyed a hugely successful television and movie career.
Her film credits include About a Boy, The Leading Man, Bulletproof Monk, The Beach, So This is Romance? and The Last Great Wilderness.

Victoria’s television credits include The Shell Seekers, directed by Piers Haggard, for ITV; Berkeley Square, The Alan Clark Diaries and Ivanhoe, all for the BBC; as well as leading roles in several iconic series, including Jane in Cold Feet, Orla in Ballykissangel and, most notably, DCI Roisin Connor in Trial and Retribution, the next series of which will be seen on ITV in the New Year.

Her theatre performances include Maire in Brian Friel’s Translations at the Bristol Old Vic, The Jungle Book for the RSC, and Ten Rounds by Carlo Gebler at the Tricycle Theatre in London. Victoria most recently appeared on stage in Ireland for the first time as Carole in the hugely successful new play October by Fiona Looney produced by Landmark Productions at the Gaiety Theatre, Dublin and Cork Opera House.

Victoria most recently appeared as series regular, Dr. Edel Swift in Season 7 of The Clinic for Parallel Films and RTE and as a guest lead in an episode of Marple (as Ella Blunt) for ITV. Victoria appeared in Honeymoon for One directed by Kevin Connor for Hallmark Channel.