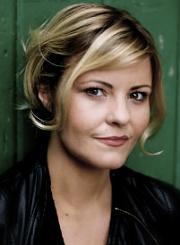 Tara was last seen on stage in Shirley Valentine at the Lyric Theatre. She can also now be seen as Ma Mary in the highly successful Derry Girls directed by Michael Lennox, now available on the Channel 4 Player.

Tara Lynne appeared in Six Degrees (Stirling/BBCNI), At Waters Edge (Mammoth) directed by Terry Loane, Made in Belfast (KGB Films) directed by Paul Kennedy, as Martina in The Fall (BBC1) with Gillian Anderson, as Lorna in Line of Duty (BBC Drama) and the short film Insulin directed by Andy Tohill.

Tara Lynne’s theatre credits include: The Hypochondriac (Lyric), Somewhere Over the Balcony (Balcony Productions), Educating Rita (Lyric), Liverpool Boat (Queens Festival), A Midsummer Night’s Dream (Bruiser Theatre) and Jane Eyre, Of Mice and Men and Sarah in Translations (Lyric). Her film credits include: Full Circle (dir. Simon Fitzmaurice for which she won the Best Actress Award at the Cherbourg Film Festival): Omagh (dir Pete Travis), The Roman Spring of Mrs. Stone (dir. Robert Ackerman) as well as Wild About Harry and The Most Fertile Man in Ireland. From 2003 to 2004 Tara Lynne appeared as series regular Joanne on BBC1’s Eastenders.

Tara Lynne appeared as Bridget in Ouroboros production of Translations directed by Andrew Flynn on tour to heritage sites across Ireland. She appeared in Martin Lynch’s play Lay Up Your Ends at the Grand Opera House Belfast and on tour for GBL productions and in Scrooge’s Christmas for the Ulster Theatre Company on tour and at The Pavilion Theatre, Dun Laoighaire. Tara Lynne appeared in Everything Between Us as part of Tinderbox Theatre Company’s True North season in Belfast and on national tour which went on to appear at the Tron Theatre, Glasgow as part of the Mayfesto for 2011. She appeared in Marie Jone’s play Fly Me to the Moon for GBL productions at the Baby Grand, Belfast, at the Waterfront Studio, Belfast and in New York in 59e59 Theater to rave reviews.

As a writer, Tara Lynne has recently had her play Rough Girls commissioned by the Lyric Theatre, Belfast.