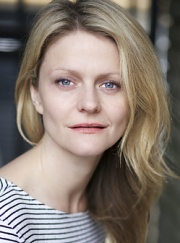 Susan most recently appeared as the lead role in a successful run of Portia Coughlan written by Marina Carr and directed by Bronagh Lagan at the Old Red Lion. Susan was nominated for Best Actor for the Off West End Theatre Awards for this performance.

Susan appeared in The Separation directed by Simon Evans in the Project Arts Centre, produced by Susan and writer Richard Molloy. Click here for more details.

Susan trained at LAMDA.
Since then she has played the lead role of Sue for Spanish Production Company’s Atraco Perfecto Productions award winning short film Shadows in the Wind where she was nominated for best actress. You can view the film trailer online by clicking here She has worked with renowned British photographer Andy Taylor Smith on his debut film The End of the Nine Til Five. She filmed the British Film Council Funded pilot This Chair is Not Me for Anthem Productions, as well as feature films, A Pathless Destiny and Resurrecting the Streetwalker in the UK.
She played Daughter in Enda Walshs play Bedbound directed by Kate Budgen. Other London theatre credits include – First Life Second Chance, (New End Theatre) It’s Raining Cows, (Roundhouse) as well as the research and development of a new untitled project for the Lyric Hammersmith directed by Mikel Murfi.
Susan recently appeared in her second project with Atraco Perfecto Productions playing the lead role in their new film Hotel Amenities which was on the European festival circuit of which she won the Best Actress Award at the Malaga Film Festival 2013 and for which she was been nominated for a Best Actress Award for the same project at the Islantilla Cineforum (Spain) 2013. Hotel Amenities has been preselected for the prestigious Spanish GOYA Awards.