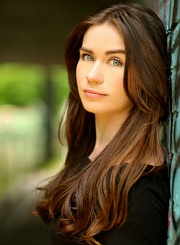 Susan most recently performed in the new play Here Comes the Night directed by Jimmy Fay in the Lyric Theatre, Belfast. She has also just completed a tour of the one-woman show Me, Mollser (dir. Sarah Fitzgibbon) with the Abbey Theatre in 2016 as part of the 1916 centenary programme.

Susan’s screen debut was in the leading role of Megan in BBC’s Fr. Brendan Smyth: Betrayal of Trust and she has subsequently appeared in roles in A Belfast Story and the short films Mime and The Lighthouse Keepers.
Voiceover work includes poetry recordings for BBC online and the role of Eveline for an audio tour of Dubliners (Wonderland Theatre Company).

Susan sings in Belfast Community Gospel choir and as part of a 1940’s style vocal trio for Wireless Mystery Theatre.