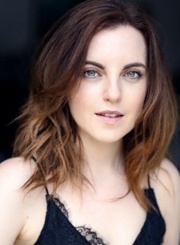 Niamh was most recently seen on stage in the world premiere of the stage musical version of the popular movie Good Vibrations.

Other workshops include The Canary Girls, Fanatical and Rebel Song for Old Vic Young Voices.

Television includes; I’d Do Anything BBC 1; Frankenstein’s Wedding for BBC 3; Out Of The Blue BBC NI.