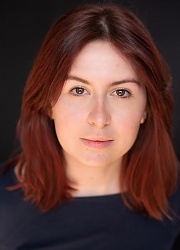 Niamh was last seen on stage in the role of Juliet, in Romeo and Juliet at the Mill Theatre.

Niamh is from Bangor, County Down. She is recently graduated with a BA in Acting from The Lir National Academy of Dramatic Art at Trinity College Dublin.

Before attending the Lir, Niamh trained at the Lyric Drama Studio with Philip Crawford and Kieran Lagan.

Niamh is a trained singer obtaining Grade 8 ABRSM certificates in both Classical and Musical Theatre styles.