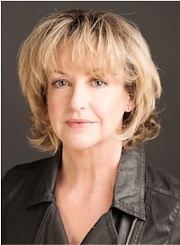 With a rich theatre background and perhaps best known from her leading roles in TV series such as The Irish RM, We’ll Meet Again and Square Deal, Lise-Ann most recently appeared to critical and popular acclaim in the Gate Theatre Dublin’s hugely successful production of Little Women directed by Michael Barker Caven in 2012.

Gate Theatre: The Importance of Being Earnest, You Never Can Tell.