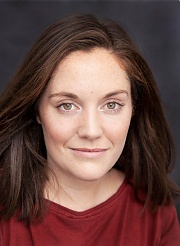 Kathy was last seen on stage in Blackout for The Lyric Theatre.

Kathy is from Belfast. She is graduating this July with a BA in Acting from The Lir National Academy of Dramatic Art at Trinity College Dublin.

Before attending the Lir, Kathy studied Drama at Queen’s University Belfast and trained at the Lyric Drama Studio and National Youth Theatre and has completed several TIE tours around Europe, UK and NI.