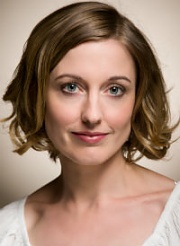 The following files are available for download by logged-in customers.

Jody works as an actor and writer. A former member of Activate Youth Theatre, she completed the Bachelor in Acting Studies, Trinity College in 2003.

In 2015, Jody appeared as Geraldine Kennedy in Charlie, a three part mini-series produced by Touchpaper Films/Element Pictures/RTE. Other television work includes Damo and Ivor, Fair City and The Clinic. She recently worked with award-winning director, Mark Noonan, on his short film, They Shoot People (currently in post-production).

As well as playwriting, Jody is a script and story writer for RTE’s Fair City.