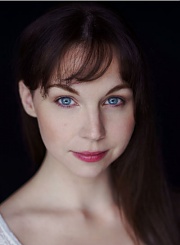 Jane was last seen on stage in A Love Like That as part of the Dublin Theatre Festival. Jane will next appear on screen in Rialto opposite Tom Vaughan-Lawlor, written by Mark O’Halloran and due for release later this year.

Jane most recently appeared in The Moonstone, a mini-series for the BBC. Prior to this she became a household name as a leading regular character, Garda Sharon Cleere, in TV3’s hugely successful recurring drama series RED ROCK produced by Element Films, for which she was nominated for an IFTA for Best Female Performance in a Television Series.

Other recent FILM/TV appearances Vita and Virginia (Dir. Chanya Button), the role of Sissy in Game of Thrones Season 4 (HBO), Says (short), Quirke (BBC) opposite Gabriel Byrne, Silent Witness (BBC), the mini-series Amber for RTE (dir: Thaddeus O’Sullivan), The First Wave (short), The Stag (dir: John Butler), The Tree (short) opposite Mark Doherty, in a leading role in the independent feature film Black Ice directed by Johnny Gogan at the Galway Film Fleadh 2013, for which she was nominated for an IFTA for Best Leading Actress and Portrait of a Zombie. Jane also worked with Jim Sheridan on the Dream House project. She has appeared in a major role in Pure Mule The Last Weekend, directed by Declan Recks for Samson Films