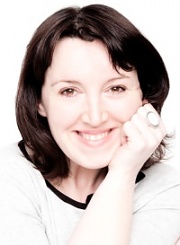 As well has being one of Ireland’s fastest rising comedy talents, Eleanor is in demand as an actress. Currently appearing in a series regular role on Bridget and Eamonn for RTE, she has also appeared Headwrecker’s for Channel Four, The Savage Eye, Maeve Higgins Fancy Vittles, Irish Pictorial Weekly for RTE and Moone Boy for SKY. Her court reporter Ursula McCarthy sketch from IPW that many internet users were convinced was real went viral. In theatre, she has played parts in Help, That’s Deep and City West Side Story all of which she also co-wrote. She played Mary in a nationwide tour of John Breen’s Alone It Stands staged by Verdant Productions.
“Eleanor Tiernan is far and away the best comic actress I have seen on stage.” – Hot Press Ireland on That’s Deep
“The stand out turn is Eleanor Tiernan who boasts a magnificent curl in her lip and snarl in her voice”. – Liam Fay, Sunday Times on Irish Pictorial Weekly