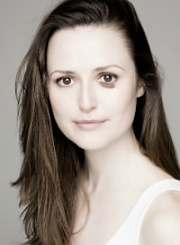 She will next be seen on screen in Herself, written by and starring Clare – Herself premeried at Sundance Film Festival this year, and received rave reviews. Clare was last seen on stage in her one woman show Sure Look It, Fuck It at the Project Arts Centre.

Having just graduated from the Royal Welsh College of Music and Drama (Cardiff) BA (Hons) Degree course in 2009, Clare was cast in the leading role of Pegeen Mike in Druid Theatre Company’s acclaimed production of Playboy of the Western World directed by Garry Hynes for a national UK and tour.

In Ireland Clare most recently appeared in the one woman show Grounded by George Brant, directed by Selina Cartmell for which she was nominated for a Best Performer Award at the Dublin Fringe Festival 2015.

Other theatre highlights include;
For GATE THEATRE: Alison Porter in Look Back in Anger by John Osborne directed by Annabelle Comyn, Sylvia in Tribes by Nina Raine, directed by Oonagh Murphy

For DRUID: Susie Monican in The Silver Tassie (UK & IRL Tour) Slippy Helen in Martin McDonagh’s The Cripple of Inishmaan, (US &IRL Tour)

For ABBEY THEATRE ; the title role in Major Barbara, directed by Annabelle Comyn, Mary Boyle in Juno and The Paycock directed by Howard Davies which transferred to the NATIONAL THEATRE LONDON.

Clare reprised her roles of Portia and Octavius Caesar in Julius Caesar and Prince Hal in Henry IV as part of Phyllida Lloyd’s TRILOGY at the Donmar Warehouse Autumn 2016.

FILM; Nice Night For It, The Cherishing, Outside, Julius Caesar, Henry IV.

WRITING: Clare, as a writer has been awarded the IFB Screenplay Development fund for her feature film, currently titled Owned. She also wrote and performed Living With Missy at Smock Alley and Sure Look It FUCK IT at Electric Picnic and Body and Soul festival.