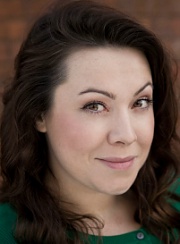 Camille was last seen in Corn Exchange’s production The Fall of the Second Republic at The Abbey Theatre.