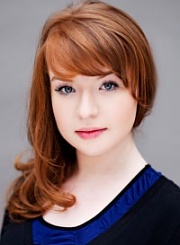 Caitriona was last seen on the Abbey stage in the leading role of Emer Hackett in The Fall of the Second Republic. Caitriona has been acting since childhood, training at DADA, Dublin Academy of Dramatic Arts. She graduated from University College Dublin, where she completed a BA in English and Drama, served as Auditor of UCD Dramsoc (2010/2011) and completed her MA in Drama and Performance. During her time in UCD, she was awarded the Patrick Semple medal for outstanding academic achievement in Drama Studies, as well as the UCD President award. In 2011 she was awarded the Ad Astra Academy scholarship for Drama where she trained under Director-In-Residence Kellie Hughes. Caitriona went on to graduate from Bow Street’s Academy for Screen Acting (2016). Caitriona is also Artistic Director of production company WeGetHighOnThis, who are dedicated to producing new work in both theatre and film.